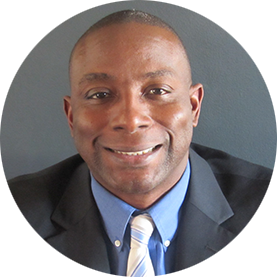 Earl T. Jeter, CPA, has more than two decades of experience in all phases of private and public accounting.

He also is an adjunct professor at his alma mater, Wilmington University, where he develops lesson plans for graduate courses in accounting, auditing, fraud detection and forensic investigation, and instructs students using 21st century learning techniques. A New York native, Earl earned a Bachelor of Science degree and an MBA in finance from the university.

Earl started his career with a Wheeler, Wolfenden and Dwares, a Wilmington firm, where he prepared audited various nonprofit organization. Earl was later hired by his client where he worked 2 years as a chief financial officer for a nonprofit organization where he prepared financial projections and strategic reports for housing development projects; oversaw the analysis, preparation, and presentation of annual budgets; and coordinated audits with external auditors.

He went on to conduct audit examinations, develop tax positions, and negotiate closures to tax issues with high-level corporate officers, accountants, and attorneys as an agent with the Internal Revenue Service. He also has served as finance manager for Nixon Uniform Services and was a tax supervisor at a Philadelphia public accounting firm.

Earl worked for the City of Wilmington in two capacities: as an internal audit manager from June 2007 to December 2008, and as City Auditor from 2013 until 2017. As City Auditor, he, among other duties, established auditing policies and offered guidance to the mayor and city council on operational and policy procedures. In between those stints, he was managing director of Brandywine Accounting LLC of Wilmington. Earl left the post of city auditor to pursue private practice.